After much delay, the government has finally released the much anticipated changes under Part L 2013 of the building regulations.

What is changing…and what do you need to know?

Part L of the building regs, in tandem with the latest SAP guidance defines how energy efficient our new buildings should be, and sets building standards to reduce CO2 emissions.

Because these new regs only apply to planning apps after 6th April 2014, any dwellings applied for prior to that date will continue to be assessed under the existing Part L 2010 version. So what’s changed?

Previously the headline pass/fail figure was purely based on the TER (Target Emission Rate). 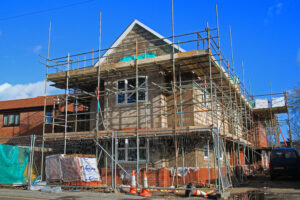 This is measured in kWh/m2/year and effectively measures the energy demand of the dwelling.

At one stage in the consultation this target was to differ depending on dwelling type, but this has now settled on a single target based on a newly defined ‘notional dwelling’, in exactly the same way as the TER.

The TER has been simplified so that there is no set improvement over previous building regs. In reality the new way of setting the emissions target (TER) has created a 6% uplift in performance over 2010 regs. This is a lot less painful than expected throughout the consultation (the last, 2010 changes brought in a 25% uplift).

Currently, the performance within SAP Calculations is based on a notional dwelling, the basis of which is somewhat of a mystery to many, and certainly pretty unhelpful to the house builder.

However, Part L 2013 introduces the new ‘notional’ dwelling’ which now provides a ‘prescription’ for builders to follow, including U values, heating systems, controls and standards for air permeability testing.. 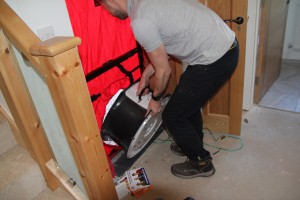 This means that in theory, if you build the notional dwelling (the full details of which are included in the new documents), it will pass Part L regs.

This was never possible before. We’ll write more on this notional dwelling and how you can use it soon – so keep updated on the blog.

Backstop values remain the same for floors, walls, floors and openings. Although as before, these act as absolute minimums for individual elements and are not to be followed as standard practice.

A significant change is that the new Part 2013 only applies to England. Wales will now adopt their own building regs later in 2014 and are likely to specify different targets. Scottish regs will follow in 2015.

The new Part L 2013 document can be found at http://www.planningportal.gov.uk/uploads/br/BR_PDF_AD_L1A_2013.pdf

If you have any questions or queries about the changes, or would like to discuss how they may affect your build, just give us a call on [xyz-ihs snippet=”Dorset-Phone-Number”] or email info@buildenergy.co.uk