TFEE – How to Pass the Target Fabric Energy Efficiency

New homes in England are now assessed on both a carbon target (TER) and a fabric target (TFEE).

The TER (Target Emissions Rate) is based on carbon dioxide produced per m2 per year, and has been gradually tightened as part of the Part L changes.

New to the table is the TFEE (Target fabric energy efficiency). This is the amount of energy demand in kilowatt-hours per m2 per year. So what factors will affect the TFEE, and how will we advise clients to pass it in the future?

How to impact the TFEE

To find out we tried the latest SAP software from the big three providers. How well you score on TFEE is impacted by three main factors; your U values, your air pressure test result and your thermal bridging.

The regs include a ‘notional’ building spec with an air test result, psi values and suggested U values for floors, roofs, walls and windows. If these are followed then the build will meet the TFEE, but builders are free to pick and choose which to excel on to give leeway elsewhere. 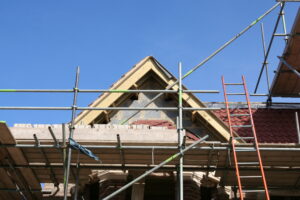 The maximum U Value for roofs of all types remains 0.20 W/m2K, but we already see most constructors achieve better than this – typically in the range of 0.14-0.18 W/m2K.

This isn’t from anything particularly ground breaking; 100mm of PIR boards between rafters and a further 40mm underneath will normally give you a figure at the top end of this range. Or for the plane roof, 100mm of mineral wool between the joists and 200mm on top will give you 0.14 W/m2K.

The U-value given in notional design is 0.13 W/m2K. This is not particularly taxing, and constructors may wish to do better here to give greater leeway later on. Adding an extra 100mm of mineral wool over those joists brings us down to 0.11W/m2K, and you can achieve similar results with an extra 100mm of PIR insulation boards.

The U value suggested for external walls is 0.18 W/m2K. This may present a problem for constructors who want to maintain a 300mm brick-cavity-block structure for habit or space reasons.

Even with the best performing blockwork and full fill insulation we couldn’t find a single combination that could get below 0.24 W/m2K without expanding the wall size. Far below the 0.30 W/m2K limit, but nowhere near our model design target.

Each project will be different, but we would not be surprised if the majority choose to lose out here and create better floors and roofs – a tactic that paid off for our farmhouse.

That said, there’s nothing to stop the determined builder getting a wall U value this low by increasing the cavity size to 125mm. The most likely combination here would be 75mm of a well known PIR board and 50mm air.

Update: we’ve found a product that improves on the recommended U value in a standard 100mm cavity. Read more here.

Floors are tricky to advise on because, unlike roofs or walls, the dimensions of the floor alter its performance. Here the upper limit remains the same at 0.25 W/m2K, while the notional model suggests 0.13 W/m2K.

Most of our clients already achieve somewhere between 0.12-0.18 W/m2K with well known brands of PIR insulation boards.

On an 80m2 concrete and screed floor it only takes 130mm to achieve 0.13 W/m2K, and only 200mm to get down to 0.09 W/m2K. If you’re looking to skimp on wall U values and are already going above the notional design with the roof, this is the place to make up the difference.

Some variety here – the notional spec suggests that glazing should achieve a 1.4 W/m2K, solid doors 1.0 W/m2K and 1.2 W/m2K for doors with some glazing.

This is only slightly better than the 1.6 W/m2K for windows we’d typically expect, although the lower values for the doors are a little surprising.

All of these figures are easily achievable and the results you get will depend on the units you buy. I expect we will be seeing more argon filled windows and/or triple glazing, as double glazing alone may no longer be enough.

Something else worth noting – the notional spec is based on the total area for openings being less than 25% of the ground floor of the house. Exceeding this figure in the software wasn’t a game changer but it did mean having to make some savings in other parts of the design. 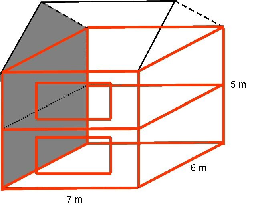 This is where things got more complicated. Although they’re not set out in Approved Document L1A, there are a set of PSI values used in the notional design that fall somewhere between the software assumed defaults and accredited construction details.

I found that by following the notional design to the letter and using these psi values I could pass the TFEE, but by using default values I had to make up ground elsewhere. Needless to say, using accredited details gives you a better fabric energy efficiency figure. Given the help they’ll also lend to the tightened carbon targets in the new Part L, these are well worth considering from the start. 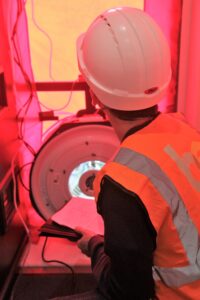 The notional model uses an air pressure test result of 5m³/(h.m²) at 50 Pa. This is an easily achievable figure and we regularly see it exceeded, but it will be much less risky to plan to do better in a more predicable part of the build.

We can work out a U value before the materials are even purchased, but failing an air test target after the build is complete can be a complicated and costly process. With the existing carbon target we can often add gadgets and renewable tech post construction to help, but none of the factors that affect the TFEE can be changed without wrecking a brand new house.

The TFEE sets a new challenge for home builders, but is based on sound design from the start. Up until now we have been able rescue a build in the closing stages with gadgets and renewable energy, but with a second target to hit this will no longer be the case.

The smoothest projects will, now more than ever, be from developers who incorporate energy saving from the outset.