Part F Ventilation Testing is something you may be asked to carry out, especially if you are building new houses or flats. 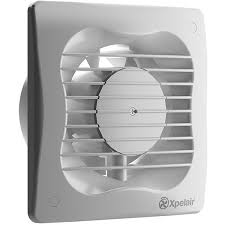 However it can be a difficult one to advise on due to the inconsistent enforcement by building control bodies (BCB).

Part F of the building regulations (2010) deals with ventilation requirements in buildings and covers a host of topics from design and installation to testing. The bit we are really interested in is the implications for developers and contractors when it comes to completion testing.

Do I really need testing? 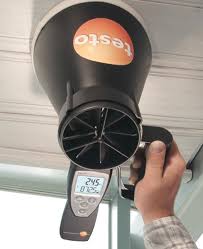 Testing is usually requested by building control on new houses and flats. The rules state that all fixed fans should be tested, and evidence supplied to BCB within 5 days. In the main we will be testing ‘System 1’ background ventilation systems – the type most commonly seen and consisting of intermittent extract fans and other background ventilation, like trickle vents.  Other systems, like whole house mechanical ventilation (‘MV’ or ‘MVHR’ systems) will usually commissioned and tested by the qualified installer.

The methods and procedures for measuring air flows are set out in the Domestic Ventilation Compliance Guide (DVCG) and this sets out several ways to demonstrate compliance.

What we are essentially trying to do is demonstrate that the fans are performing how they were intended. Extract fans will come with performance figures showing air flow in litres per second. For example a typical bathroom fan would be expected to extract at a rate of 15 litres per second. In the real world, many fans do not perform to their rating and this is often due to poor ductwork design or installation.

Minimum air flow by use (litres per second):

How is the test carried out?

The most common method for fan testing is the use of a vane anemometer, which is a measuring device held up to the fan terminal with an appropriate hood attachment. The results of each fan test are evidenced in a report produced by the tester.

If the measured air flow of a fan does not meet the design flow intended, then the test is marked a fail and a retest will be needed.

All kit used for testing must be UKAS calibrated annually.

But I’m already having an air test carried out? 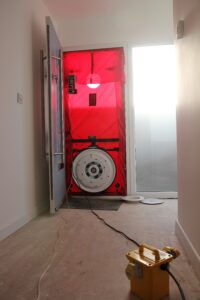 The air permeability test is carried out in a very different way and uses different methods to test for gaps and cracks in the fabric of the building. However, it makes a lot of sense for the same engineer to carry out both tests on the same day, if they are able to. At BE we will always aim to get both air permeability and ventilation tests carried out together (as long as you let us know, and time allowing!) which can save the client a lot of time and money.

Even if BCB have not asked for Part F testing it is very sensible to have it carried out whilst an engineer is onsite, as you are likely to see only a very small uplift in cost versus waiting to be asked, and having to get another engineer out to site.

How do I avoid a failed Part F Ventilation test?

As we mentioned earlier, fans which do not perform will have usually been installed badly, often with squashed or kinked ducting crammed into a small space or made to route around sharp corners and obstacles. The length of run from inside to out is also a significant factor.

If you have any questions on the subject, the team at BE are always more than happy to discuss your project, so just give us a call on 0330 055 34 05 or drop a line us a line at be@buildenergy.co.uk.