What’s the difference between SAPs for England, Scotland & Wales?

Despite being a part of one United Kingdom, the rules for homes in England, Scotland & Wales vary from nation to nation. How can this affect your build?

Whilst SAP calculations in England and Wales are required for Part L of the Building Regulations, in Scotland it is the Building Standards Section 6 which applies. The differences between these might seem minor, but the changes in cost and complexity can be great! 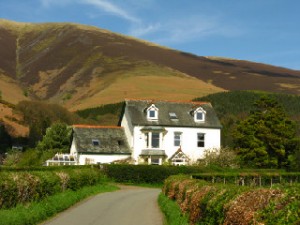 In 2014, new versions of SAP were released for new builds in England and Wales alone. As well as a tighter carbon target than SAP 2009, for the first time rules in England included a separate target for fabric performance and heat loss, the TFEE. In Wales, stricter U values alone were introduced.

Scotland, and for now Northern Ireland, are both still assessed under the old SAP 2009 system without these changes.

The crucial difference is that, now more than ever, it is vital to get a SAP assessor on board before construction begins. In older SAPs, and in Scotland today, it is possible (though much more stressful and expensive!) to get a last ditch solar panel array and save a build that is well over its carbon target. The new rules mean that in England and Wales the insulation, air tightness and thermal bridging must all be up to scratch for a pass. 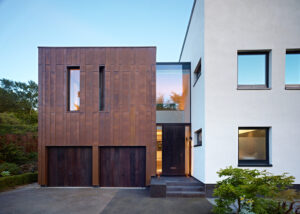 Each set of rules feature minimum thermal performance for walls, floors, roofs and openings when an extension is built in Great Britain. By quite a margin it is in Wales and Scotland that the best U values are demanded.

However, where lots of glass is desired, Scotland is far trickier. This is because in England and Wales, extensions are assessed using SAP. If your glazing is more than 25% of the extensions floor area, you must prove that it produces no more carbon than otherwise.

Crucially, SAP takes account of the sun heating a well glazed room during the day. The majority of extensions are already compliant, especially so if their windows face south.

In Scotland however, extensions are assessed using Heat Loss Calculations. These are more rudimentary, and assess only the thermal performance of the fabric. As glass performs considerably worse, the more windows you have, the better insulation is needed for the walls, floors and roofs.

The only alternative is to do a SAP for the whole house, to pass the latest Building Standards for new homes. This is usually a non starter if the house is more than five years old!

Conversions – Much the Same throughout Great Britain. 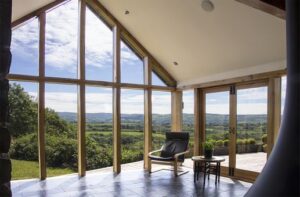 Under both systems, conversions in England, Wales and Scotland are all treated very similarly. Both Part L1b and Section 6 specify minimum U values to be met. Each also makes special considerations for historic or protected buildings. A SAP is sufficient under either system, though in Scotland you can use SAP or a Heat Loss Calculation to show off your thermal credentials.

Regardless of the location or type of build, in each system getting an assessor on-board ahead of time can avoid expensive complications further down the road. In Scotland and Northern Ireland this can save you money, in England and Wales it can save your build!

Building, converting or extending a home in the UK? Let us help you out.