BREEAM in China – Seven Years on

‘They’ll be lots of opportunities for British firms that can design to BREEAM’, says Jaya Skandamoorthy, the Director of BRE China. BREEAM is BRE’s flagship measure of sustainable design, and since 2014 aligning this with Chinese domestic energy standards has been a top priority in the hope of attracting a new audience to the scheme. But what impact could this have?

The scale of development makes success hard to define. Shanghai for example is a sprawling urban mass of 24,256,800 people, 2.84 times more than London. This makes it one of seven Chinese cities with a larger populations.

There are an endless stream of facts and statistics about the speed and scale of Chinese construction. Enough new floor space is being built to cover Hong Kong every year. A 57 storey skyscrapper can be completed in 19 days. Compare this view of Pudong in the 1990’s with the view from 2010, where an even larger tower has appeared since.

Not all differences are as palatable. Forced evictions ahead of developments are common and ‘on the rise’, while historic districts which would be listed in the UK are razed as a mater of course and replaced with ‘Disneyland’ reproductions of a more idealised past. Anything is possible. In a land where an entire English town can be recreated in scale for novelty value, how can green flagship projects grab attention and inspire?

Partnership with British institutions is nothing new. In 2011 I was fortunate enough to visit the Centre for Sustainable Energy Technologies, an experimental build on the University of Nottingham’s Ningbo campus.

Back in 2008 this was billed as ‘China’s first zero carbon building’. It serves as a test bed for the PV panels, a solar absorption air conditioning system, geothermal heat pumps and wind turbines which powered it. Research facilities include a climate chamber, and a thermal testing lab for materials and low carbon material development. 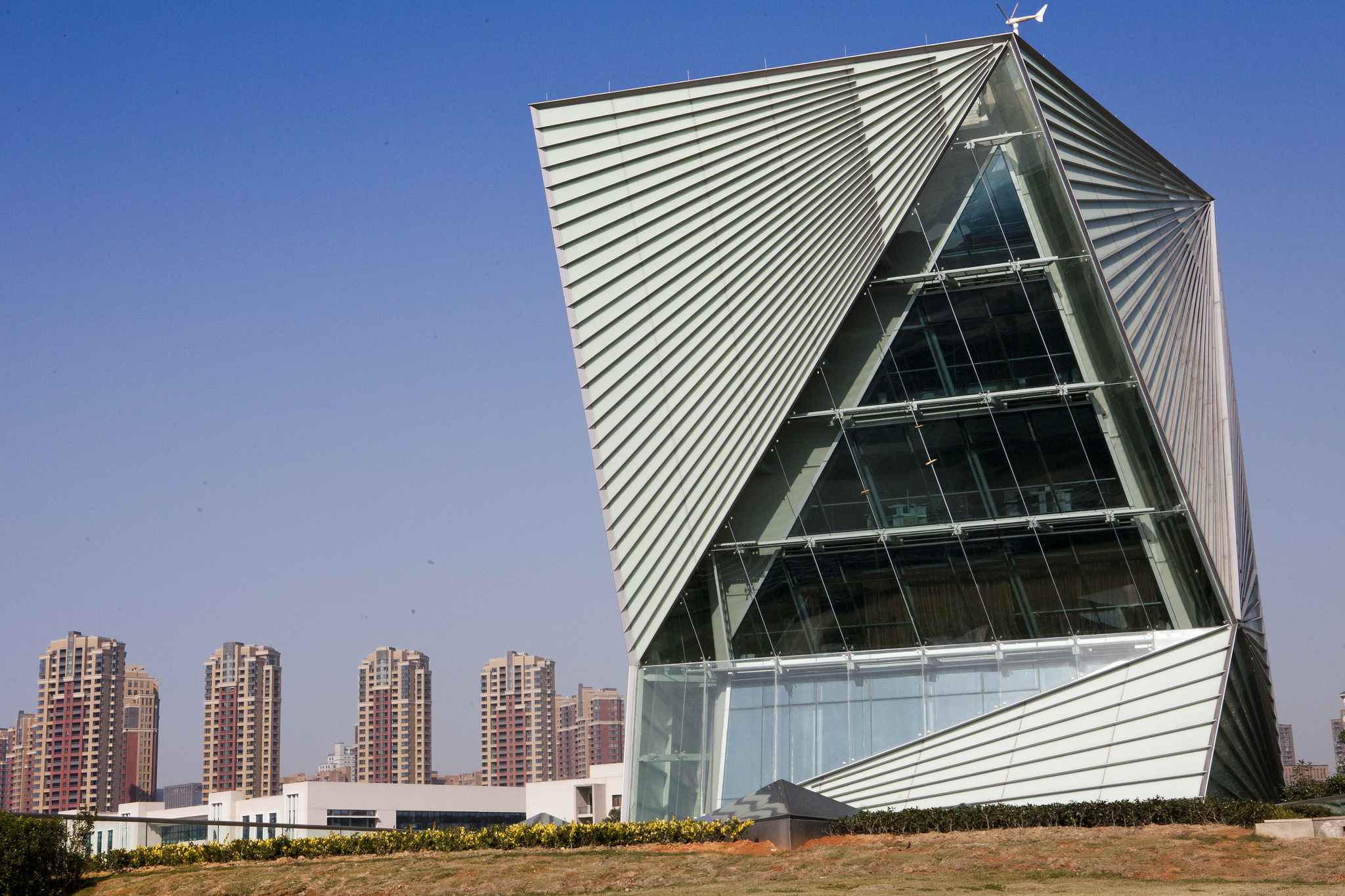 This is not a one way street, however. It was only in December last year that a Chinese state-owned construction firm signed a £2.5bn deal to build six factories to produce modular homes for a UK housing association. Beginning in Liverpool, these could produce ‘25,000 homes each year’ and incorporate ‘solar and energy efficient design’.

BRE have been busy in China in recent years. In May 2014, the Shenzhen Municipal Government announced an agreement which would place BRE at the centre of its ambitions to become China’s greenest city. BRE would also build a centre in Shenzhen for training and the promotion of BREEAM. The Department for Business Innovation and Skills said at the time that BRE ‘aims to certify over 1000 buildings across China to its standards, which could generate £10m in revenue and create up to £200m of work for UK firms’.

In November that year, a partnership with Tsinghua University in Beijing was also announced to promote sustainable low carbon development and air quality improvement. It was said at the time that a mapping study between China’s 3 Star Green Building Standard and BREEAM International would help China benchmark their future developments against global equivalents as sustainability standards become mandatory.

Is this hard work paying off? Although China has set a goal of ‘green’ buildings accounting for 30% of new construction by 2020, just 3% of developments currently employ China’s 3 Star Green Building Standard, according to BRE.

A search of BRE’s index of certified BREEAM projects reveals 37 listings, of which six have been seen through to completion. In turn, four of these form part of the Shanghai International Shipping Service Centre (SISSC). In 2015 this was announced by BRE as the site of first BREEAM ‘Outstanding’ high rise office in China, though the listings suggest that only the lower ‘Excellent’ rating was achieved on completion.

The first to register with BREEAM was in 2010, though the absence of a final listing suggests it was never certified on completion. China’s first BREEAM Outstanding design certificate was itself awarded in 2013.

In contrast there were 627 developments registered with rival American certification scheme LEED in April 2015, according to analysis from CBRE. This was just ten years since first Chinese LEED development was registered in 2005. There is prestige as well as numbers. Shanghai Tower, the tallest building in China and the second tallest in the world, also recently achieved LEED Platinum for Core and Shell in 2015.

On a smaller scale, The Passive House Institute is also making inroads with a hotel by Peter Ruge Architekten in the west of Shanghai, with BASF also currently collaborating on the worlds tallest Passive House Standard building.

Although LEED may have taken the lead, so to speak, BRE will be confident that the scale of construction available will provide plenty of opertunities to come.