Changes to the Building Regulations and SAP 10 mean homes powered by mains electricity will be seen as greener than ever before.

Why is this happening? Is the grid really getting greener?

The electricity of the National Grid is becoming less carbon intensive. In 2015 we saw the demise of the Cockenzie coal fired power station. Three further plants closed in 2016, with all of the rest due to go offline by 2025.

Under the current version of SAP, mains electricity is considered to produce 0.519kg of CO2 per kWh, 2.4 times worse than mains gas. Since this came into force in 2014, a far greater share of the UK’s energy mix now comes from renewable sources, with generation rising steadily since the turn of the millennium. 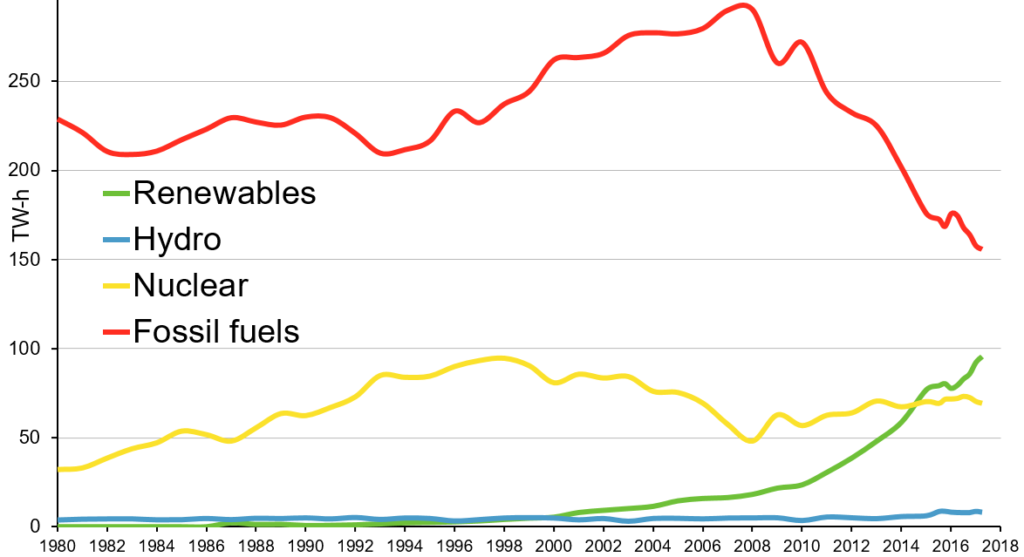 The choice of fossil fuels is also significant. In 1990 gas fired power stations accounted for just 0.05% of generation, by 2016 this has increased to 40.2%. Coal generation, considered to be more carbon intensive, has fallen from 67% to 8.6% during the same period. Although gas is still contributor to greenhouse gas emissions, the replacement of coal is a significant improvement.

SAP 10 will now apply a figure of 0.233kg of CO2 per kWh of power to mains electricity instead. This is still worse than mains gas at 0.208, but much more viable in specifications than before.

Has anything else changed in SAP 10?

Several other changes have taken place in SAP 10, including a much more detailed look at energy used by lighting and showers. Thermal mass, which is the ability of the structure to absorb and store heat, will also be calculated in every case. The consultation for the update of Part L of the Building Regulations is planned for late 2019, making 2020 the earliest we can expect the changes to take place.

Will this lead to greener homes?

Yes, in the real world homes powered by mains electricity were already greener than they would have been previously due to the rapid change of the grid. Now the SAP methodology, which all new homes must follow, will better reflect this. This will allow designers to make better use of electricity where it is genuinely greener.

This will also impact the decisions made by local authorities. Currently, the Greater London Authority requires larger residential design teams to consider communal gas Combined Heat and Power (CHP) systems to meet carbon reduction targets. Now that individual systems such as heat pumps and electric heating will be able to demonstrate a smaller carbon footprint, this will become harder to justify. Moving away from the assumption that CHP is better by default this is the objective of industry groups such as the LETI (London Energy Transformation Initiative).