8 things to know about the new building regulations

Long awaited changes to the building regulations were published today which will greatly impact the way new buildings are designed and built.

Changes to Part L (Conservation of fuel and power) and Part F (ventilation) have been released alongside a new Part O for overheating in homes. The government says the changes should cut emissions from new homes by around 30%.

The changes focus on greater fabric performance, lower energy demand, and a move away from fossil fuels to electric systems. The new sections of the building regulations will now also look at mitigating overheating risk and provide facilities for electric cars.

The changes to Part L aim to fill the void before the Future Homes Standard comes into play in 2025. The changes will come into force on 15 June 2022 and apply to new schemes only which have not started the building regulations process. New schemes will be assessed under the new SAP 10 method.

Changes to the minimum insulation standards and the way that the carbon emissions target is calculated will demand greater performance for new homes in SAP 10.

Within SAP 10, a set of reference U-values is used in the background when calculating the Target Emission Rate (TER). This is based on what is called a ‘notional’ dwelling. In theory, meeting all these notional values will result in a pass, however some are very hard to meet (such as thermal bridging, opening areas and number of extract fans). For this reason the regulations allow for design flexibility – you can perform better or worse than the reference values, so long as the TER is reached.

The notional values in green below have been improved, meaning better performance will be needed to meet the target in SAP 10. There are limits to design flexibility, where performance cannot exceed the backstop values, even if the headline TER is met. These too have been improved in the new regulations.

Notional and backstop values in SAP 10

Under the current regulations, SAP assumes that electricity from the national grid produces 2.4 times more carbon than mains gas. This is because it uses an outdated carbon factor from 2012 – the measure of carbon associated with every kWh of energy use. In 2012 the national grid still had a reliance on coal fired power stations, which have now disappeared. The real carbon factor for grid electricity has therefore been lower for some time.

Under the new regulations a more accurate picture can be applied, which favour electric systems. 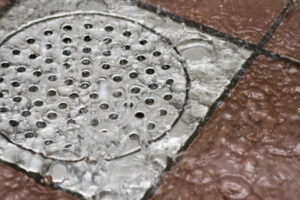 Under the government’s current plans, gas and oil boilers will be banned in newbuild homes from 2025. The government has stated that “… a low carbon heating system will be integral to the specification of the Future Homes Standard and we anticipate that heat pumps will become the primary heating technology for new homes”.

For the first time, the carbon target is based on a notional dwelling using Waste Water Heat Recovery (WWHR). This means that if we are not fitting such a system, the proposed design will in theory need to compensate in some other way. It should be noted that this notional dwelling also uses a gas boiler.

This is significant. Heat losses owing to junctions in the construction have, up until now often been offset by using the ACD scheme (Accredited Construction Details). This gives designers and contractors a set of junction specifications to follow, which in turn allows the SAP assessor to apply improved values over the default values.

Due to concerns over the accuracy and age of these ACD junctions, SAP 10 has taken away the option to follow them. This means that the client would need to either use alternative schemes (perhaps from the insulation manufacturers) or have bespoke heat loss values calculated for each junction.

A new target primary energy rate has been introduced for new homes. This is the maximum primary energy use for the dwelling in a year, expressed as kWhPE/(m²·year). Like the target emission rate and target fabric energy efficiency rate, this will be calculated using SAP 10. This brings the building regs more in line with standards like Passivhaus, which use a primary kWh target.

There are new requirements when assessing an extension to an existing dwelling. In previous regulations, only a total CO2 emission rate was required to show compliance, however the dwelling and its proposed extension will now need to show compliance against a primary energy rate and a whole dwelling fabric efficiency target. This will increase the scope of works for both assessors and designers.

6. Air leakage testing for all homes

In previous regulations it was possible in some cases to carry out air permeability testing on a sample of homes, subject to construction types and SAP performance. This has now been removed so that every unit will be subject to consistent testing.

Previously, Part L included a brief look at overheating risk. This was a rudimental assessment to try to mitigate against buildings becoming too hot to use during the summer months. Separately under the planning system, bodies such as the Greater London Authority have worked together with CIBSE to develop techniques to assess and mitigate overheating risk from the urban heat island affect and future climate change. This has now been rolled into a new Building Regulations document called Part O.

New homes and other buildings will now be expected to provided electric vehicle charge points and/or cable routes for future connection. This is governed under an entirely new Building Regulations document, Part S.

We’ll be back with more detail on the changes and what they mean for our clients. In the meantime, if you would like to discuss your 2022 projects please get in touch.