The Future of the Code for Sustainable Homes

Every month another opinion piece or non-committal policy statement is released about the Code for Sustainable Homes and it’s future. So what do we actually know? 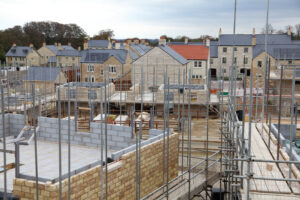 In short, not a great deal. Firstly, that the government has stated its intention to ‘wind down’ the code in the Housing Standards Review 2014, with some aspects incorporated into building regs and some abandoned. It remains unclear what will be saved.

The government has also been updating the code, however. On the 30th of May it released technical guidance on how Part L changes in 2014 would affect the code. From this we can suspect that there will be a little while to go before local authorities are obliged to stop asking for the code.

But what will follow when it is dropped? BRE have today sent a reassuring email to assessors reiterating their commitment to the code, or at least something very similar to it.  In it they state that they are “committed to ensuring that there is a standard for new housing that will build on the learning from the Code… [allowing] developers to demonstrate performance above regulation”. Here is BRE clearly stating that if the government dispense with the code they are prepared to continue to operate a similar scheme on their own for the benefit of sustainably minded developers and consumers. How they would differentiate the aims of such a scheme from BREEAM for New Construction remains to be seen.

But would this new scheme be voluntary, or would councils still be able to insist that developers comply? After all, one London borough is still running EcoHomes, the predecessor to the code and now 14 years old. There’s no definite answer on the future of the Merton rule which currently gives local authorities the power to ask for standards above the building regs. What powers they have in the future could have a big impact on how and if features of the code, updated or otherwise, survive in planning.

The only thing we can say with any real certainty is that some of the features of the code will be asked for, some of the time. All of this because of a wish to make regulations simpler.

Update 23/06/14. BRE has now officially announced its new scheme. You can find out more here.