The Code for Sustainable Homes – What Next?

Early this month a government consultation was announced which would review the usefulness of the Code for Sustainable Homes in driving zero carbon homes by 2016.

This raises a lot of questions (not least for us as Code for Sustainable Homes assessors!), and whilst we do not know what the outcome will be, we can certainly look at what has been achieved and what we might expect from the future.

The government has embarked upon a ‘red tape challenge’ to rationalise housing standards across the industry and reduce the regulatory burden for house builders.

Over the last couple of years we’ve heard from many groups, consultations, and think tanks who have been charged with stripping away cost and bureaucracy – ultimately removing inhibitors to house building, whilst ensuring the right mechanisms remain in place to drive both a green economy and sustainable house building.

There are many strands to this programme, from building regulations and health and safety, to planning and land use. The new national planning policy framework has also been put in place and will lead to a presumption in favour of sustainable development.

We now know that the Code is one of the areas under review in the summer of 2013 – and it’s probably no great shock to anyone working in the industry that changes may be afoot, if not immediately then in the near future. 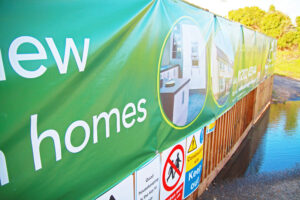 The Code – A Potted History

The Code for Sustainable Homes became operational in 2007 – borne out of the BRE’s Ecohomes standard which began life in 2000.

As a result of the sustainable communities policies of the labour government, the now infamous zero carbon target was set in stone – that all new homes would become carbon neutral by 2016.

The Code was an environmental standard put in place to drive change in England, Wales and Northern Ireland – the sustainability of new dwellings would be scored across 9 categories from energy and waste, to ecology and internal water use.

The Code was introduced as a voluntary standard but was soon made mandatory in some quarters, such as housing association schemes, and latterly adoption by many planning authorities across the UK.

Skip forward 6 years and we have just seen the 119,000th home constructed and certified to the Code, and as of May 2013 there were 176,000 new homes certified to the Code at design stage. Many planning authorities now demand level 3 or 4 as a minimum standard and a significant supply chain has emerged around Code compliance which has undeniably driven down the costs of meeting the standard.

Code assessing and consultancy is just one of the services we provide, so we have a pretty balanced opinion of its merits or otherwise (!) especially when compared to other environmental standards and regulations.

The Code for Sustainable Homes splits opinion amongst our clients, but there is no denying that it has been a significant driver for change in the house building industry. Code supporters would argue it has resulted in more energy efficient, better lit, quieter, safer and healthier homes.

Developers have added green space to their schemes to mitigate surface water run- off, creating new wildlife habitats and reducing flood risk. Water use has been reduced and a high proportion of waste has been diverted from landfill. 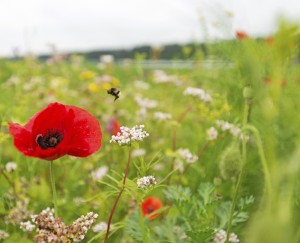 The Code has also built a supply chain which has delivered innovative products, services and technologies to the market whilst increased competition has driven down costs.

New and innovative materials with low embodied energy have been brought to market as a result of the Code.

Much of this is supported by the figures – judging by BRE figures the costs of reaching code level 3 and 4 have roughly halved since 2008.

Not everyone is a believer though – many builders will reluctantly ‘tick the boxes’ as quickly and cheaply as possible, whilst others have very much embraced the standard and adopted their own best practices around the Code – often when it has not necessarily been mandated.

They have good reason to. We have experienced a decade where energy costs have doubled, the older generation has boomed and the environmental conscience of the public has been pricked. Code-standard homes have become highly marketable, and good for the environment to boot.

Of course the opposing argument is that these factors have coincided with the worst house building slump in memory, when the industry needs a leg up. To most, change means cost.

The government retains its intention to reach zero carbon on all new homes by 2016, so there is no doubt that a framework with benchmarks and measures, like the Code will be required going forward.

BRE has continued to lead the way in internationally recognised sustainability standards, with the well established BREEAM New Construction, and the very recently launched BREEAM Domestic Refurbishment scheme to name two.  Many UK planners already insist on attaining a BREEAM standard across the UK and so one natural progression could be for a new or revised scheme to emerge. 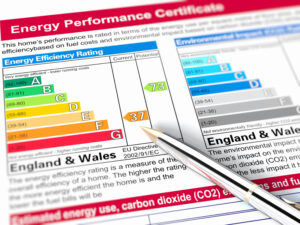 Surely more will follow to ensure that the best, most effective and useful parts of the Code are retained in a way that unburdens the industry and streamlines the housebuilding process for everyone.

We have seen this year a long delay in delivering the widely anticipated 2013 Part L changes, which are still not with us. They regs will be absolutely key in laying the roadmap to achieve zero carbon in 2013.

Other standards are waiting in the wings. Passivhaus is seeing a real surge of interest in the UK, and the Passivhaus Trust are desperate to see the low energy standard incorporated into UK building regs.

There is a compelling argument for doing so. We work with and are aware of many builders and clients using the standard by choice – even Housing Associations like those who worked on the Wimbish Passivhaus Project have shown that with some thought, super low energy homes can be delivered at minimal additional cost.

We saw the Wimbish team present at Ecobuild last year and it is quite impressive how a little thought leadership has challenged the very perception that Passivhaus is a prohibitively expensive standard, by taking a proactive and positive approach to their supply chains and how they build.

Bad news for you, right?

Well yes, part of our work does revolve around the Code, and yes this could mean that Code assessments per se change or – gulp – disappear in the future.

However, as we accept that change is the only constant in life, we also believe that there are positives in this consultation. The Code as it exists is far from perfect…..it is not always easy to manage and it’s fair to say it causes frustration and headaches both to assessors and clients! 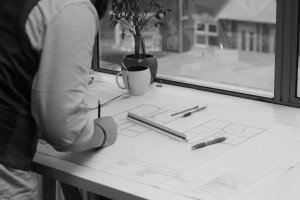 There are some absolutely key parts within the Code for Sustainable Homes which drive positive behaviour, which have truly helped to deliver sustainable, low carbon homes.

These must be retained. It may be argued that there are also parts which could be rationalised, and that is what’s on the table.

The main criticisms of both Code and BREEAM assessments is that they lead to box checking exercises – a scoring system which encourages bad, superfluous practices – a system without the flexibility required to drive innovative thinking and initiative.

Whatever framework is delivered by government – and there must be one – we hope it delivers low carbon, green and healthy homes, engaged and proactive house builders and a strong, buoyant industry to work within. Too much to ask?